The ongoing translation process is a huge problem for the European Union. A colossal number of employees are involved in the field of translation: as in the state, i.e. on a permanent basis and temporary workers such as interns, freelancers, contractors. It is not even possible to reflect the exact official figures of the entire translation staff inside and outside the EU, since the competitions are constantly taking place, especially the selection of contracting companies. So it is almost impossible to calculate the total number of translators working in the EU on a full and part-time basis.

Official and working languages ​​of the EU

As indicated on the website of the European Commission, there are two main characteristics of languages ​​that have the status of official and working languages: 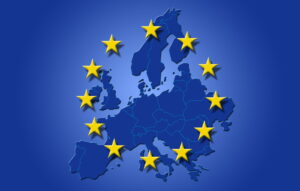 – documents are sent to any EU institution in any of these languages; the answer is also drawn up on any of them;
– EU regulations and other legal acts such as the Official Gazette are published in the official and working languages.

It is logical to assume that the Regulation is amended every time a new language is added.

While every official EU language is theoretically also considered a working language, in fact only three languages ​​are working languages ​​- English, German and French. It is an advantage for EU citizens that each official EU language can be used when sending letters to EU authorities. Moreover, according to the EU Constitutional Treaty, every citizen has the right to receive a response in the same language.

There are several bodies dealing with translation: two Directorates General for Translation (from the European Commission and from the European Parliament) and the Luxembourg-based Translation Center for EU Bodies, which serves EU agencies. At the moment, the Center has 100 full-time translators. Other EU institutions have their own translation units. 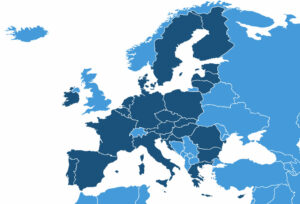 The expenses of the State Duma of the European Commission for translation services amount to 330 million euros annually. In the period from 2004 to 2007. due to the increase in the number of official EU languages ​​from 11 to 23, the cost of translators has increased by 20%. As Croatia becomes a new member of the organization, translation costs will increase even more. Representatives of the EU translation authorities are working on introducing translation software into the workflow that can significantly reduce costs. In 2012, the European Parliament tried to reduce the frequency of translation services in an effort to save 8.6 million euros per year. However, the website of the European Commission states that, according to rough estimates, the total cost of language services in all EU institutions is less than 1% of the total annual EU budget.

A multilingual and multicultural society in Europe: life beyond linguistic and national boundaries

It is no secret that English, French and German are used more often in the European Union. There have even been suggestions, in particular from the President of Germany, to make English the only official language and thereby reduce translation costs. However, such proposals were described as undemocratic and restricting multilingualism, which is an important aspect of EU cultural diversity and ensures freedom of speech and expression, access to information and equality of rights for member states.