Recently, eReflect, a software company specializing in writing, reading, typing and more, discussed the challenge of 21st century language proficiency with Erin Jensen, founder of netlingo.com, which tracks and displays interactions between language and technology and researches the issue of mutual formation of language and technologies. Her website features the largest number of online acronyms used in both chat rooms and text all over the internet. The site is also a competent source of common jargon on the Internet that permeate the communication, technology, finance and business industries today. 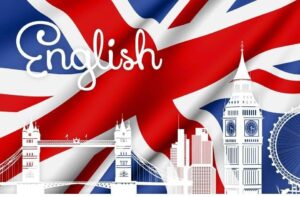 The focus of the eReflect development team at netlingo.com is its focus on how the existence of the Internet led to the creation of cyber communication and the “special language” of the web. During the interview, Erin Jensen answered questions about the impact of technology, SMS acronyms and acronyms on writing skills and literacy in general. Her answers are sometimes striking in their surprise. For example, she does not believe that the rules for writing SMS and acronyms somehow affect the progress in learning to write. According to E. Jensen, a special language that forms in the network is only a different, parallel existing way of communication.

The ability of a language to be creative and its limitless possibilities are two properties confirmed by SMS and cyber communication. The language is able to participate in the development of new facets of communication, invent names and concepts to describe new conditions and circumstances. The language is creative enough to make it possible for the old and the new to coexist in it through the constant creation of new definitions. eReflect believes that language has unlimited potential, so that academics and linguists are unable to contain or prevent its development. And just SMS messages and cyber communication are two directions in the development of the language. It never stops the process of its own expansion, renewal and modernization, realized through the people who speak it. 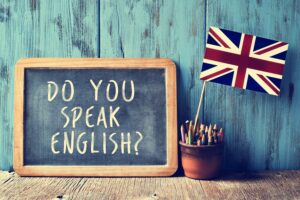 Internet acronyms such as WYSIWYG (“what you see is what you get”) are becoming widespread and, over time, become full-fledged words in the vocabulary of the English language. WYSIWYG has become part of the Oxford English Dictionary, which clearly shows how much technology has a powerful impact on the language. If a new word is picked up and used by many people, it eventually acquires the status of an officially recognized word. Erin Jensen’s opinion on this situation is as follows: “I am absolutely convinced that acronyms and cyber communication in general illustrate the next stage of language evolution. … [They] leaked into mainstream media in the early 2000s when social networking sites were skyrocketing in popularity.

NetLingo continues to closely monitor new concepts as they arise. The great advantage of websites over print media is their constant updating and increasing material. The first paper-based NetLingo Dictionary, published in 2002, had 500 pages, while the site had 5,000 pages; now, in 2013, there are already 10,000 pages on the site, so it’s impossible to fit all of them into a book. ”

Relevant Quote: “Telephone directories are like dictionaries and are no longer relevant as soon as they are published.” – Ammon Shi (Writer and Consulting Editor at Oxford University Press).

As the popularity of social media continues to grow, a wealth of concepts and terms will continue to grace the already multicolored English language. The most important thing that we humans can do is accept the new, realizing that the language is going through a period not of destruction, but of strengthening and enrichment.