While advances in science and technology continue to close the distance between widely spaced geographic areas, governments, companies and individuals from vastly different cultures will intensify their joint search for more concerted action and effective collaboration.

The far-reaching consequences of this development of events further emphasize the need for a particularly sensitive understanding of other cultures in any kind of interaction.

In the absence of a single world language and culture, it is extremely important to pay attention and make efforts to comprehend the subtleties of perception of communication and behavior among various peoples on the planet. While language is only one aspect of culture, it must be understood that choosing to communicate in a local language indicates that the company (or government) respects the cultural heritage of the people in question.

Consequently, interpretation or translation and transliteration often act as details of a general mechanism for effective international communication. When people realize that a foreign visitor seeks to communicate with them in their language, they become more supportive of the “alien”. However, there is one catch: while the urge to convey a message in the local language is commendable, the process itself can hide a certain danger.

As important as translation into another language is, communication can be so risky and counterproductive if a person does not pay due attention to cultural characteristics, which are inherent in any society. In hindsight, this may seem like a funny oversight, however, cultural errors can embarrass or offend the other person, and therefore be damaging to the relationship.

During the 2008 Beijing Olympics, the Chinese government faced numerous misunderstandings regarding captions in garbled English. Some of them were comic (for example, Show Mercy to the Slende rGrass on lawns near parking lots), others were confusing (To take notice of safe: The slippery are very crafty), several of them were downright offensive (Deformed Man Toilet) …

There were a lot of jokes on the internet about those days. Yes, this is just a literal translation, but sometimes it testified to a complete lack of attention to the culture of foreign participants and guests. Whenever you change the language of communication (even when writing ads, labels or warnings), you need to make sure that the translation does not hurt the feelings of the recipient and does not undermine the reputation of the brands. 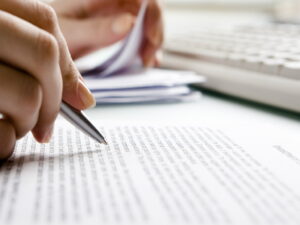 When Coca Cola entered the Chinese market, the company did not provide an official Mandarin brand name. Therefore, the owners of the Chinese shops themselves created the name, consisting of symbols that imitate the original sounds. At the same time, they did not realize the meaning of the resulting phrase. The sequence of characters ko-kako-lao meant “mare smoothed with wax” or “mare held together with wax.” When the company eventually started using Chinese characters, the result was no better: “being able to let your mouth rejoice.”

Who does not remember the relatively recent events associated with the RESET button! The US government has expressed a desire to begin anew building relationships with Russia. US Secretary of State Hillary Clinton got into an awkward situation when she presented Russian Foreign Minister Sergei Lavrov with a symbolic button with the English word Reset, translated, however, not “Reset”, but “Overload” … The difference is two letters, but how significant was the difference in meaning! Moreover, at this level.

Finding local language equivalents is not difficult. All it takes is a little patience and vocabulary help. However, this is far from a guarantee of conveying the meaning of the message. In order to translate something well into English or any other language, without losing the nuances of meaning, it is necessary to compose a text in a foreign language in such a way that it seems as if it was created by a native speaker. This is where the true talent of a translator comes in!